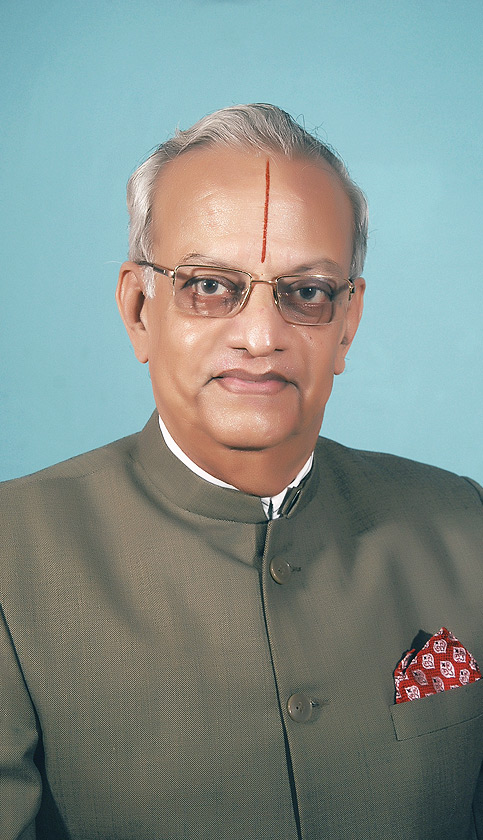 SHRI N. GOPALASWAMI, I.A.S.(Retd) , a Gold Medallist Post-graduate in Chemistry from Delhi University, Shri N. Gopalaswami, hailing from Needamangalam village , did schooling in Mannargudi and Graduation in Chemistry from St. Joseph’s college Tiruchirappali, joined the Indian Administrative Service in the year 1966 and for the next twenty-five years he served in the State of Gujarat in various capacities. During this period, he has held many senior positions – in Municipal Corporation, Surat; in the State Electricity Board and in the State secretariat at Gandhinagar. He was for five years (1987 to 1992) the Managing Director of Gujarat Communications and Electronics Limited, a leading Public Sector Company of Gujarat Government manufacturing Professional Electronics equipment.

In a career spanning 43 years in Public Service, he earned a reputation for uprightness and hardwork and was acknowledged as innovative, responsive, people-friendly and technology-friendly.

It was due to his initiative as Secretary in the Department of Culture that Gangaikonda Cholapuram and Darasuram in Tamilnadu and Champaner in Gujarat came to be inscribed in the UNESCO’s list of World Heritage sites ; He was instrumental in having the proposal made for and getting incorporation of ‘ Vedic Chanting’ as one of UNESCO’s World’s Oral Heritage. He was the spirit behind the National Manuscript Mission for which approval of Govt. of India was obtained in his tenure and the programme launched to unearth, recognize and digitize the manuscript wealth of this country.

As Election Commissioner and later as Chief Election Commissioner he oversaw the conduct of elections to many States Assemblies and he also oversaw the preparations for the General Elections to 15th Lok Sabha . During his stewardship Commission successfully implemented many innovations including that of Photo Electoral Rolls to improve the quality of Electoral Rolls. The many state Assembly elections conducted during his tenure, including that of Karnataka were appreciated for being violence-free, intimidation-free and clean elections where the election laws were implemented without fear or favour.

He represented St. Joseph’s College, Tiruchirappalli in Cricket. He was a keen Ball-Badminton player and later took to Tennis. He is a keen Carnatic music enthusiast and an amateur astrologer and post-retirement is keenly interested in propagation of Samskrit and Vedic education and is also a student in a course on Vaishnavism. He is a Trustee in a NGO (Consumer Association of India) based in Chennai that works on Consumer protection issues. Recently along with like minded individuals he became a member of an NGO, Forum for Integrity in Elections that has been advocating issues of enrolment of first time voters and free and fair elections and curbing of money power in the elections in Tamilnadu.